Allan was in private practice from 1976 to 189 and, again, from 1989 to now. Between 1989 and 1997, he was an Assistant Deputy Public Defender, assigned first to their Somerset County Office, then to Middlesex.  Mr. Byrne was his boss in Middlesex County. He appeared in court on a daily basis handling innumerable theft, drug, burglary, sexual assault, arson, kidnapping, and murder cases.  He left the Office of the Public Defender and returned to private practice when his Public Defender workload increased to the point where he could no longer give each of his cases the time and attention they needed.

Identification of Marijuana in Municipal Court. Law & Politics Magazine, and the publishers of New Jersey Monthly, have included Allan on its list of New Jersey's “Super Lawyers” in six different years.

Allan is a member of the Legal Committee of NORML (National Organization for Reform of Marijuana Laws).  He has attended all of its December legal defense seminars in Key West, Florida, since 2001, except for a family emergency in 2010. He helped found NORML-NJ. He was one of its incorporators. He has served as its Legal Defense Coordinator. He continues to serve as an advisor to the Board of Directors of the Coalition for Medical Marijuana in New Jersey.

Allan is a past Trustees of the Association of Criminal Defense Lawyers of New Jersey.  In October 2009, he gave a presentation to the Association at its annual "Super Saturday" seminar. He completed a three-year term as trustee of the Middlesex County Bar Association.  He is a senior instructor on the faculty of Garden State Continuing Legal Education Services. He has been a presenter in its seminars to New Jersey attorneys of "Expungements under New Jersey Law". New Jersey County and local law enforcement agencies have sought his advice concerning application of New Jersey Statutes and Court Rules relating to expungements.The February 2005 "New Jersey Lawyers Magazine," published by the New Jersey State Bar Association, featured Allan's article entitled, "Expungement of Criminal Proceedings." He appears from time to time as a guest lecturer in criminology courses at Rutgers University.

Allan was graduated with honors in 1976 from Seton Hall University School of Law.  He passed the New Jersey Bar and was admitted to practice that same year. He has been a guest lecturer at Seton Hall Law School. He has also instructed the Skills and Methods Course in Criminal Law for the New Jersey Institute for Continuing Legal Education. In a 2013 Joint Resolution, the New Jersey Legislature recognized him, stating, “Within all the spheres of his life and work, Allan Marain has established a model to emulate and set a standard of excellence towards which others might strive[.]”

Allan lives with his wife Karen and their white Persian cat Penny in Franklin Township, and in Nutley NJ. Allan's hobbies include reading, mathematics, philosophy, sociology, computers, aviation, movies, and physics.   He likes animals and music.

Allan's readings include both fiction and non-fiction.  His non-fiction reading typically relates to the hobbies listed above.  Allan's fiction readings include humor, science fiction, and courtroom dramas.  His two favorite science fiction authors (now both deceased) are Robert Heinlein and Isaac Asimov.  He has also accumulated a motley collection of quotations and irreverencies. 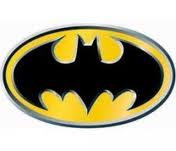 are The Caine Mutiny, by Herman Wouk; To Kill a Mockingbird, by Harper Lee; and Anatomy of a Murder, by Robert Traver.  John Grisham novels are not among Allan's favorites.  He finds too much fantasizing in them.  It's not that Allan has anything against fantasizing as such.  For example, he's a real Batman fan, and he enjoyed the first three Terminator movies. (He found the fourth to be, to put it charitably, crap.)  But what he dislikes is fantasizing in something that tries to present itself as plausible.

As a youngster, Allan spent summers on McGuffey's Friendly Farm, in Accord, New York. Its patriarch was Charles “Charlie” McGuffey. Activities there included swimming, softball, and hayrides. On the farm were typically one or two horses, two or three cows and pigs, roosters and chickens, and various dogs and cats. Now, sixty years, later Allan remains in touch with a couple of the lifelong friends he met there.

In Spring, 2002, he discontinued flying for a combination of reasons. These reasons included the fact that adequate insurance coverage has become unavailable; the proliferation of regulations and restrictions following the attack on the World Trade Center; and increasing difficulty finding time to fly often enough to maintain a comfortable level of proficiency. Allan looks forward to resuming his flying at some future time.

No aspect of this website has been approved by the Supreme Court of New Jersey.